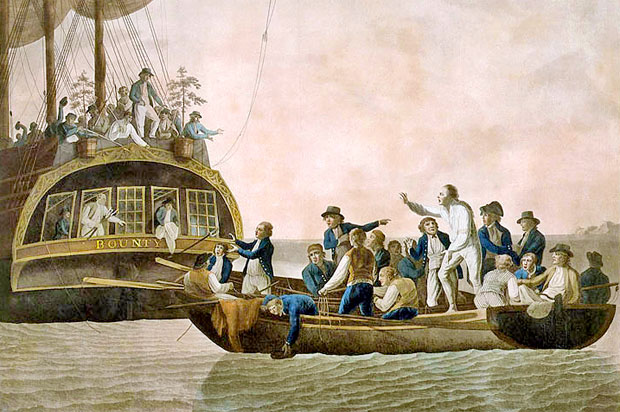 My name is Aylin Wispeler. I am from Germany and at the moment I am doing my exchange semester as an undergraduate student at University of Alabama. I am here to deepen my knowledge in management and communication in order to become an effective leader in my future. For this reason, I am taking Dr. Campbell´s  “Leadership Communication” class. It has given me a deep insight in effective communication strategies.

The assignment below is a comparison of two dialogues from the movie “The Bounty.” Both conversations are between the captain, William Bligh, and the executive officer, John Fryer. Since this assignment was the final assignment from Dr. Campbell´s book, Thinking and Interacting Like a Leader, it was a great opportunity to use our gained knowledge in order to assess the effectiveness of Mr. Bligh´s leadership. The two dialogues show, on the one hand, why it is important to adjust your communication strategy to the situation and, on the other hand, the effects and consequences on rapport and relationships if strategies are used ineffectively.

Read the dialogue from “The Bounty.” The crew of a ship has recently sailed from England in 1787 with their captain, William Bligh (played by Anthony Hopkins in this 1984 film) and executive officer John Fryer (played by Daniel Day-Lewis). This interaction takes place during their attempt to sail around Cape Horn during a very dangerous storm.

Fryer: We should turn back.

Fryer: In my opinion, we should put about.

Bligh: In my opinion, we should not, sir. We keep on going.

Bligh: Very well, Mr. Fryer. You’ll get what you wish.

Fryer: The ship can’t stand it!

Bligh: The ship can stand it very well.

Fryer: And how long do you think the men can stand it?

Bligh: As long as the officers can, Mr. Fryer.

Now compare the following dialogue that takes place when Bligh addresses the officers and crew after surviving the storm by giving up the attempt to sail around Cape Horn. He begins by announcing that he is replacing Mr. Fryer with Mr. Christian, as second in command.

Fryer: [heads for the door in disbelief] 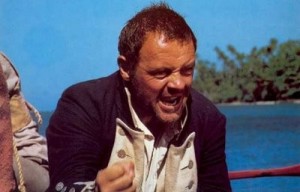 Fryer: This is an outrage.

Bligh: [interrupting] Your years at sea! Good lord, man, if I’d known your nature, I would not have accepted you as bosun of a river barge.

Fryer: Must I suffer this in front of the men?

Bligh: You’ll suffer my correction whenever you’re at fault, sir!

Bligh: [screaming] God damn it, man, you turned your back on me!!

Fryer: And for that I apologize.

Bligh: [interrupting] You protest, do you?

Fryer: I am master of the boat.

Bligh: [screaming even more loudly] And I say I am COMMANDER. By law . . . DO YOU UNDERSTAND!!

The organizational goal for Mr. Bligh in this situation is to convince Mr. Fryer of their ability to sail around Cape Horn despite the storm. Mr. Bligh does not compromise and sticks with his own opinion during the first conversation. Even though Mr. Fryer seems really concerned about the well-being of the crew and mentions doubts, Mr. Bligh does not change his mind. Throughout the first conversation, Mr. Bligh expresses his opinion by going ON RECORD PLAINLY. By using the “Be first” tactic, he shows from the beginning that he does not support the idea of turning around. In most of his contributions he is very brief “We keep on going.” or “The ship can stand it very well.” The only time, he kind of responds to Mr. Freyer´s needs — or rather demands — is when he says “Very well, Mr. Freyer. You´ll get what you wish.” Therefore, it could be interpreted as going ON RECORD POLITELY by being positive. He addresses his member by name. Nevertheless, taking the second conversation into account, it could also be seen as going OFF RECORD by being figurative. I think so because he might be sarcastic when saying “You´ll get what you want” not responding to his wish that his opinion will be mentioned in the log but rather his demand to turn back, except for the fact that he will be the only one going back without the captain and crew following.

In my opinion, Mr. Bligh was not acting like a leader because, despite the serious situation, he did not listen to the concerns of his executive officer but instead threatened his ego and autonomy needs. He goes ON RECORD PLAINLY, showing him no interest in his concerns and therefore threatening their rapport.

In the second dialogue, Mr. Bligh´s initial goal was to inform the crew about replacing Mr. Fryer with Mr. Christian, but it changes to Mr. Bligh informing Mr. Freyer about his disappointment. Generally, it seems like Mr. Bligh has the need to underline that he his the only authority, the only one on board giving commands. Taking the first dialogue into account, it seems like Mr. Bligh realizes he was wrong in his assumptions and tries to blame Mr. Freyer.

From Mr. Bligh´s point of view the situation is an urgent issue and, like in the first conversation, he does not consider the quality of his relationship to Mr. Freyer. He chooses to go ON RECORD PLAINLY. He is brief and direct in his accusations, “COME IN HERE!” and “And I say I am COMMANDER!”  Not only is he threatening Mr. Freyer´s ego and autonomy needs by blaming him for his own mistakes but also by raising his voice. Furthermore, you can see that Mr. Freyer is obviously threatened when he says “Must I suffer this in front of the men?” and Mr. Bligh´s answer “You´ll suffer my correction wherever you’re at fault, sir!” shows again that he does not consider any personal relationship.

Also in this second conversation, Mr. Bligh does not act like a leader. He is very offensive in his words. He is only concerned about his own well-being and his authority being acknowledged. Obviously he does not care about threatening rapport or the autonomy and ego needs of his members.

All in all, Mr. Bligh is not effective in his communication. Even though he delivers the message (more than clearly), he threatens rapport in such a negative way that trusting and committing to him as a leader is very difficult for his members.