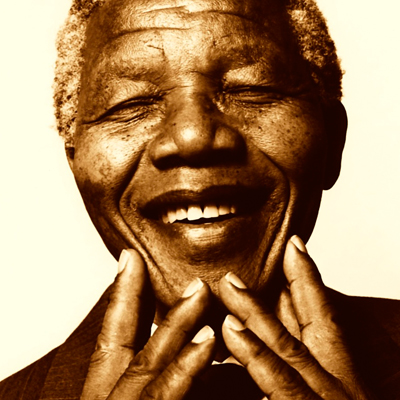 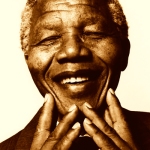 My name is Jessica Crew. I’m a graduate student at the University of Alabama studying Communication Studies and have a personal interest in business and organizational communication. For these reasons I enrolled in Dr. Campbell’s Leadership Communication course.

The exam below is an analysis of Nelson Mandela’s effectiveness as a leader in the movie Invictus. This was the final exam in the course, and, as such, we were able to fully understand and evaluate the various communication tactics employed in the dialogue.

The dialogue used as the basis for this exam comes the film, Invictus, released in 2009.

The story is based on the John Carlin book Playing the Enemy: Nelson Mandela and the Game That Changed a Nation about the events in South Africa before and during the 1995 Rugby World Cup, hosted in that country following the dismantling of apartheid. Nelson Mandela, in his first term as the South African President, initiated a unique venture to unite the apartheid-torn land: enlist the national rugby team on a mission to win the 1995 Rugby World Cup. (from IMDb.com)

Your task is to assess whether President Mandela (played by Morgan Freeman) was thinking and interacting like a leader in his interaction with Jason (played by Tony Kgoroge). More importantly, you must demonstrate your ability to explain Mandela’s success as a leader, using what you have learned about the TILL system. Organize your response using the summaries in chapter 5 and 11 of your TILL textbook. All of you should consider the roles of readiness, values, and media choice as discussed in Chapter 5. And you must give specific pieces of evidence from the dialogue to support your claims.

The dialogue that appears in the table comes from a scene in which Jason, one of Mandela’s subordinates, visits Mandela because security officers from the former segregated administration have reported to Jason for work in the new integrated government. Complete your analysis in the table. Then write your opinion of whether Mandela was thinking and interacting like a leader, drawing on your analysis. You may find it helpful to watch the scene from the film.

When Mandela says, “You look agitated Jason,” he is going off record to direct Jason by being figurative. Mandela uses this strategy and tactic instead of going on record plainly by stating, “Tell me what’s wrong.” We know that this is effective because Jason understands Mandela’s meaning and explains why he is agitated.

When Mandela asks, “What have you done?” Mandela is directing Jason to tell him what he did. This is plain on the record briefly. It has a negative rapport effect because Mandela is assuming that Jason did something wrong, when Mandela actually requested that the men be there (and it seems had forgotten about it). It is an effective strategy and tactic because if Jason had done something wrong the situation could be urgent.

When Mandela says, “Yes. They’ve had special training those boys – with SAS. And lots of experience. They protected de Klerk.” He is giving Jason more information about the guard. He is informing on the record plainly.

When Mandela interrupts Jason to ask, “You asked for more men, didn’t you?” Mandela’s primary goal is to direct Jason; Mandela goes off the record and asks this question instead telling Jason to shut up and quit complaining because Mandela complied with Jason’s request for more help.

Jason then begins to protest and again is interrupted by Mandela: “In public, when people see me, they see my bodyguards, too. You represent me, directly. The rainbow nation starts here. . . Reconciliation starts here.” The primary purpose of this off the record message is to direct Jason to get used to working with these new men—that is the future of South Africa that Mandela is trying to shape. The content of the message is irrelevant in that it does not directly depict the message that Mandela is trying to send, which is “Get used to it, bud.” The secondary purpose is to value; Mandela shows that he values Jason as well as the other guard members because he mentions that the guards represent him and the future of the nation. This is intended to have a positive effect, but only makes Jason indignant.

After Jason’s indignant response, Mandela says, “Yes, I know. Forgiveness starts here, too. Forgiveness liberates the soul. It removes fear. That is why it is such a powerful weapon, Jason. . . Please try it.” In this line Mandela is directing Jason to move forward emotionally and try to get past the resentment he seems to harbor against these men. The real message in this line is, “It is time to move on. Get over your personal issues with these men. Something bigger is at stake.” By going off record, Mandela is able to maintain his rapport with Jason and not jeopardize Jason’s level of commitment. The tactic Mandela uses is “be figurative” by using fear and forgiveness metaphorically. In the last sentence he says, “Please try it,” but it is actually a directive, Mandela is just being polite by using the word please.

Analysis of Mandela as a leader

1. What is the purpose driving Mandela to communicate and how urgent is the need to act? The purpose is to direct Jason to adjust to the new way things are going to be done now that Mandela is President of South Africa. The need to act is fairly urgent because Mandela needs to immediately begin his term as President in a way that reflects the change he is implementing and persuades the country (both blacks and whites) to feel loyalty and commitment to the new regime, for lack of a better word. In this excerpt of dialogue Mandela is trying to direct one of his in-group members to accept his white co-workers and embrace the rainbow nation that Mandela is constructing. Mandela effectively communicates this and manages to maintain rapport with his group member.

2. Is the member one of the in-group? Some of Mandela’s individual messages above are more effective than others. Overall, Mandela is an effective leader. Jason is clearly part of Mandela’s in-group and this helps with much of the communication above. That Jason is part of the in-group is evidenced in the statements where he refers to Mandela as “Mandiba” a name used amongst the in-group members that identify with Mandela up to this point.

3. How will the message affect the member’s ego needs? Mandela consistently goes off the record in the dialogue to protect his rapport with Jason—thus tending Jason’s ego needs. He clearly values Jason and the other members of the guard by speaking of them as the future of the rainbow nation and including Jason by speaking of him and the other guards as representatives of Mandela himself.

4. How will the message affect the member’s autonomy needs? The only way that Jason’s autonomy is threatened is that Mandela does not give him the option of working with the Special Branch cops. Instead he tells him (off the record) that these are Jason’s new co-workers, that Jason needs to get over his anger, and that he needs to move forward by forgiving these men.  Although this threatens Jason’s autonomy, Mandela negotiates this by speaking of forgiveness and inspiring Jason to be a good example for the rainbow nation.

Overall Mandela is an effective leader in this management situation. The media choice of this exchange is effective as Mandela is able to engage his member more because he is speaking to Jason in person. Although Jason’s not ready to comply with Mandela’s decision to hire these new guard members at first, he is willing to comply with Mandela’s directives by the end of the conversation. This is evidenced by his acquiescent statement, “Yes, Mandiba. Sorry to disturb you.” Mandela clearly values his organizational members, and fosters commitment and loyalty by including Jason and the other guards as an important part of changing the feelings of the nation.

[K1]I think you’re the only one who analyzed this “my” way!

[K2]Not sure about this one. How can he direct plainly, using an interrogative?

[K3]What about this? Doesn’t this make the purpose/message fairly clear?