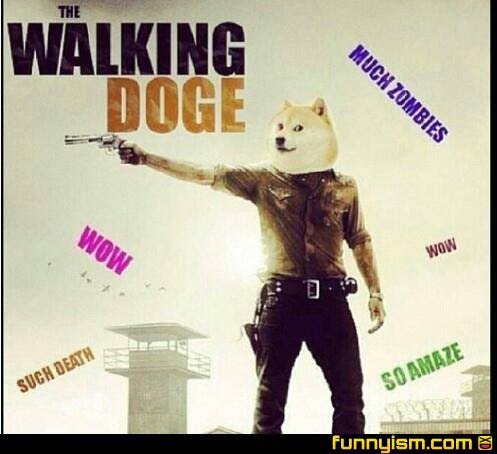 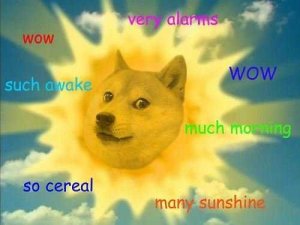 Doge is funny, in part, because doge’s style is odd. As in not quite human. In other words, Doge’s language calls attention to itself. One of the explanations for odd-sounding style is called selectional restriction. Because the kind of attention doge elicits is obviously undesirable in workplace writing, selectional restriction is one of the topics covered briefly in my video tutorial on word choice.

In A linguist explains the grammar of doge, Gretchen McCulloch talks about the way selectional restriction works in doge’s two-word phrases:

The first word comes from a limited set (essentially so, such, many, much, and very) but in order to understand how you pick which word follows the first one, we need to talk about a thing called selectional restriction. Put simply, certain words go well with some words, and other words go well with others, and when you don’t obey that, things get weird.

One example are the words much and many. Both of them basically mean “a lot,” but much goes with amorphous masses and many goes with individual countable items. So if you say “much wine was consumed,” you’re talking about a large sea of wine, but if you say “many wines were consumed,” you’re talking about many individual wine-items, in this case probably types of wine like Pinot Grigio or Merlot. But some combinations are better than others: “many wine” or “much wines” is definitely not in the canon of Standard English, but sounds excellent in doge speak.

I guess some folks think zombies are entertaining. Period. But “much zombies” is even more entertaining because, as a count noun, zombies should go with many rather than much.